for some reason this video shows as saying ' A plug in is needed to display this content'.....no idea why. but in case this is how it is for others, I state here its a youtube video of mine,thus youtube owned by google, same self owners of blogspot,,,so hmmmm here is the videos title and URL.
I also have no idea why my face keeps distorting it didn't when I uploaded it years ago.

I will outline some of our experiences to shed more light on its multiplicity.

All aspects of life seem to be covered.

When moving property simple changing of bills, benefits seemingly are interfered with. For example I registered us for the water bill, but each time confirmation would come back with a mistake, regarding the mother’s name. It took 3 attempts until her correct name was on the bill. Aside from this being a frustration, as it is a typical experience for all documentation. To not run smoothly. One has to persevere to enable the mother to gain forms of ID required by other aspects of the system.

Housing benefit claims were worked out to pay less than we were entitled to. Yet on our move of premises later. Housing sent us a letter stating they had been under paying us and had forwarded the miscalculated under payment difference to our old landlord.

Claims were muddled, my claim showed me to have 2 children. Whilst the mother didn’t have any. Yet we claimed separately so this mistake should not really occur. These errors can cause difficulties when proving matters.

I informed the bank when I moved address but apparently they didn’t get my letter. Due to the over draft that was caused by my being forced to stop training, I was unable to pay; because they closed my account (notified me at my old address) then forwarded my debt to a collector.

Much of gang stalking is about isolating an individual. Doing things to someone alone in a ways that can be shrugged off as just unusual, but not to be taken as anymore than that. Yes in life unusual things do occur but to express it to others can appear like paranoia, and ridiculed for being over sensitive to little things.

Usually the target is alone and for those involved this is ideal but with our situation we were nearly always together. This made it even more noticeable because it would predictable that if I went out something would likely occur. It could be simple things like Jehovah witness knock or the electric reading was required. This also included emergency services sometimes.

An ambulance arrived once, sirens and flashing lights; whilst I popped out. New Years Eve. It was in the shared house; therefore someone else let them in. They knocked at our internal door. Saying ambulance. But the mother replied no one needs an ambulance here. They said someone had called for one.

At another house we lived in the mother was out with the children. Sirens blaring the fire brigade arrived. They knocked asking me where’s the fire. I said no fire. They said they had received a call saying the house was on fire, then the person hang up. They had traced he call to our house. I informed them it could not be so as we didn’t have a land line. They looked at me as though I was lying, so I offered that they could come in and check, I also reminded them that someone’s house is on fire, the callers.

On another date we drove out and I stopped at a local shop to buy something. When I came out the police were parked alongside my car. I approached and they were asking the mother was she distressed. She told them no! , but they repeatedly kept checking ‘are you sure?’
They informed us someone had called them and said the passenger was looking distressed. We had only been out 5 minutes, so the police services responds to a distress call was very good! Especially when she had not been behaving distressed on our journey to the shop.

When the mother went out alone she experienced people behaving strange, there would be certain ‘natural’ behaviours that too many people would be exhibiting. Like many people may cough in a certain way, as they pass.

Even going into shops the shop keepers may cough that way too. After a while of experiencing this she came to expect it. But when she was with me it didn’t occur. There was a range of antics that were repeatedly used we had no idea of why it was happening and I was very intrigued as to how it was orchestrated.

If she got a bus people would come to her on the bus and talk then indicate they were involved. This results in a sociable person closing down.

After a few years of this constantly occurring the tactics were changed to include children and youths. They would call her names and throw stones at her. Constantly trying to provoke her. Which I found odd, as we lived in a very white area and racism usually does have white people scared of black people, so they don’t usually want to provoke. Even in another area about 10 miles away, she was with another black woman (both have a don’t mess with image), and the youth started throwing snow balls at the mother. Our black friend was shocked to see it.

The mother is a professional singer, therefore needs to practice daily and also plays a lot of music. I believe the antic done on the street are to get you to stay in your home.

Her singing and music was made into an issue by the neighbours, building over time, to complaints to environmental health. They threatened to take the equipment. But she refused to stop singing and her vocals are a power box that project some distance. Also refused to stop playing music. They then changed the threat to an ASBO but she continued singing. It is a large part of who she is.

One day I was in the lounge whilst she was singing and some children came by and started throwing stones at our window. I opened the window and assertively asked what they were doing. They gleefully stepped forward and said ‘she’s mad, she is always singing’. I told them ‘yes cos she is a singer and needs to practice’. These children would hang around outside their friend’s house a few doors away.

A few days later, coming back from the shop I saw a few children hanging around outside. The mother was singing away. I said to the boys aged about 10 smoking their cigarettes like they fear not. ‘She’s good ent she?’ They responded no she can’t sing. I laughed at them, and said ‘well she’s had hit records in the charts, so some people like her voice. I then switched focus onto them. I asked ‘what do you want to do with your life?’ They replied be footballers. I pointed out the smoking wasn’t going to help. And suggested they go and practice rather than waste their time hanging around. They went and from then on when they saw me coming they would run away. It seemed they were not to be around niceness.

This divide on how people responded to me and her was quite common. The neighbours overly nice to me and from day one used to stand and stare at the mother, but only when she was on her own. Once she had pointed this out to me I ignored them. But they were still nice.

There were helicopters above our house most nights, which I have learnt since is common for ‘targeted individuals’. Also gunshot sounds we heard each day, and in Britain that shouldn’t be common.

It wasn’t until 2006 that I got on the internet and learnt the term ‘gang stalking’. Until that point I thought we were an isolated incident and didn’t understand why she was experiencing such extreme persecution nor did I understand how it was orchestrated or for what purpose.

I have concluded it was to get her to stay in the house and shut up, ultimately suffocating the spirit.

I didn’t understand why she was targeted and I wasn’t , but I came to learn mind control is involved and the strange antics are old triggers , they were trying to activate feelings from past trauma’s where these triggers were used repeatedly , I suppose to do this task later if need be.

visit my website at www.higherinsight.webs.com/
Posted by Louise Clarke of higher Insight at 07:05 No comments:

My book is now available 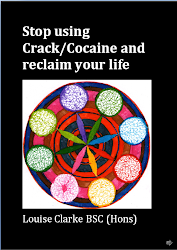 Louise Clarke of higher Insight
I am a specialist in working with Women Crack-cocaine users I set up an independent service, Higher Insight, to provide counselling and support to Women Crack-cocaine users. Consequently I collided with the child abuse syndicate hidden within the British 'care' system via a client. As a result I was forced to make moral choices. And was squashed by the powers that be, via systematic oppression , because i chose to save the child. The child saved, my career ended, and threats to her Mother’s life resulting in us living together as a family. I then went on to witness/ learn of gang stalking and occult practices that were being used endlessly against the Mother and child. For 5 years we experienced this along with constant threats from social services, health workers and Education authorities to take the children away; on grounds created by the distortion of the truth we spoke; they seem to have support from all statutory bodies, from Police and Chief Executives for Boroughs right up to Tony Blair and beyond. Through a determined effort to understand why I went on to learn the child had undergone ‘Trauma based mind control programming’, commonly known now as MK Ultra.